With a current Ara Bakery tutor asked to be a judge and a former Ara tutor ruling the roost of winners, Ara Institute of Canterbury can truly be said to be the home of great Easter buns.

The hotly-(crossed) contended annual event was judged this year in Dunedin on the 27th of February, and tutor David Bradley made the trip south to impartially assess the merits of the anonymised entries – including the buns crafted by Marcus Braun – Production Manager at Rangiora’s Artisan bakery, former Ara tutor AND grand winner of both the 2021 and 2020 title. 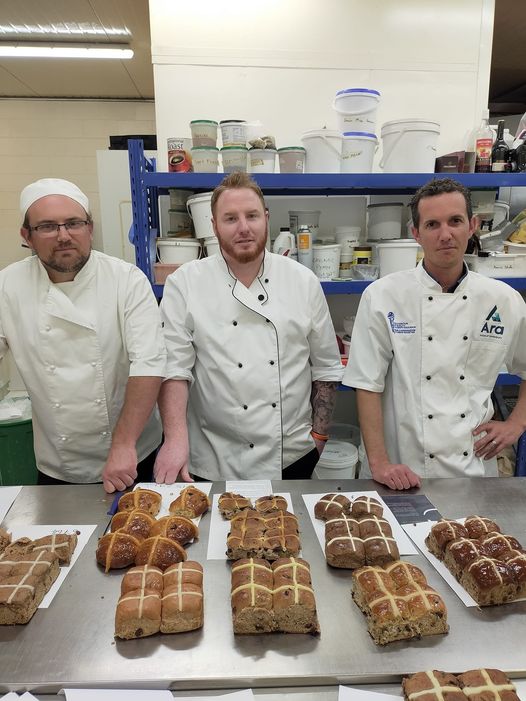 Marcus has plenty of experience to draw on in creating the bun that won - his competition history spans many years competing in competitions nationally and internationally, often gaining a place if not winning outright.

“Bakers are a passionate bunch who love their trade (and the early mornings that are involved) and are generally competitive amongst themselves even when there aren’t competitions being held.  I believe it is this attitude and mindset which helps the winning bakeries succeed so often” says Dave.

This year the competition attracted around 50 entries, which may not sound like more than one could stomach, but as Dave points out, it results in a lot of hot cross buns for the judges to evaluate. However, one trend did become clear – Canterbury is the region that reliably produces the most stunning buns.

“Canterbury is lucky enough to have many great bakers and bakeries around, often placing in competitions even if they don’t produce winners. At last year’s hot cross bun competition, the top three entries were all from the Christchurch region, despite the fact that the judging was held in the North Island!” Dave commented, showing that he’s a proud Southerner as well as a head hot cross bun honcho. 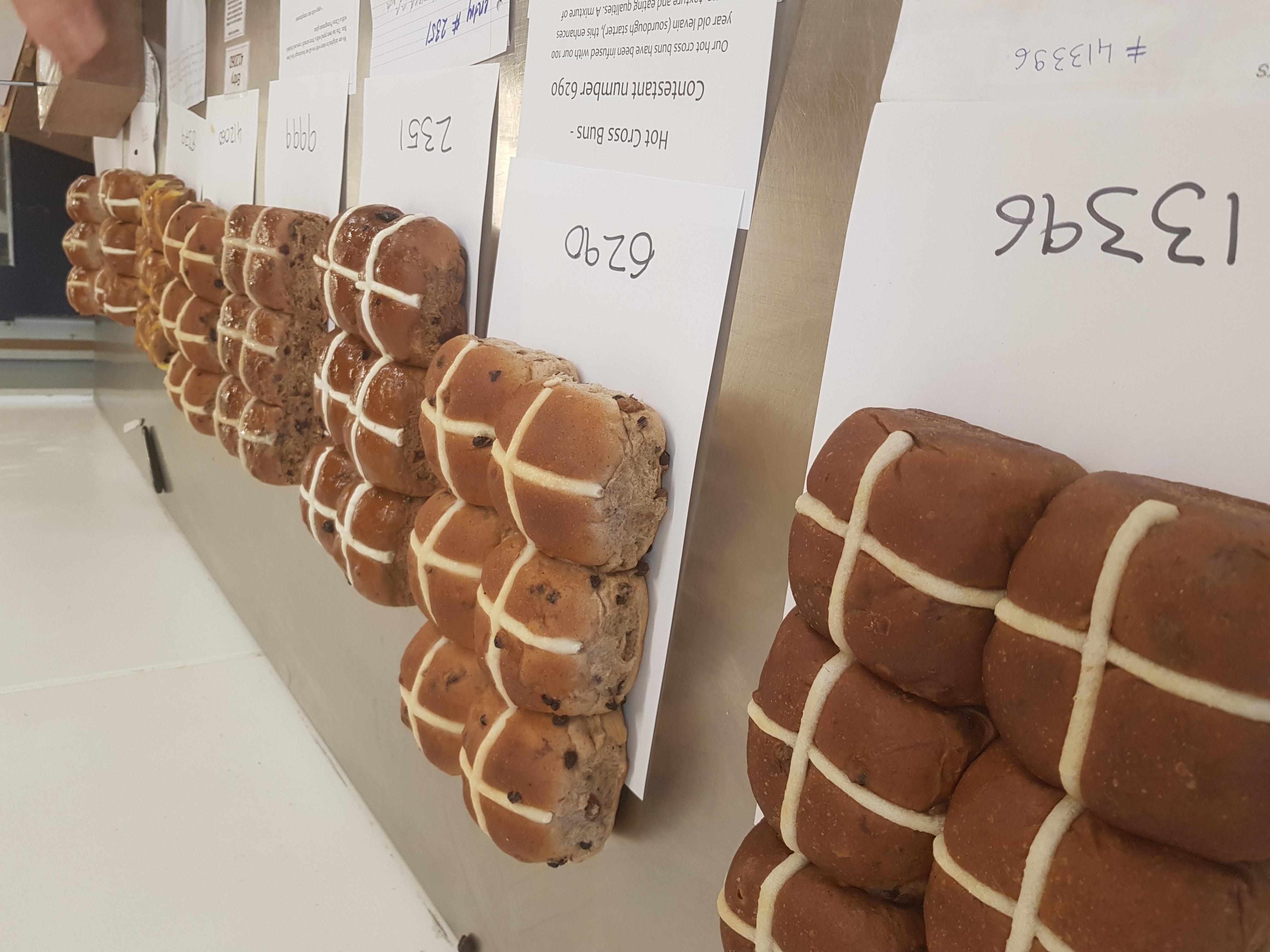 David was impressed in general with the high quality across the entries and commended some of the more adventurous approaches - perhaps more for the creativity employed than for the appeal of the end result. “One entry added red wine to their bun recipe, which might sound good to some but the result was a little underwhelming. Brioche hot cross buns featured a couple of times and one bakery tried turmeric in theirs… I wouldn’t recommend this.”

It rapidly became clear that Marcus and his team had triumphed again. “The winning Artisan buns stood out to me, with a perfect appearance, full of well-soaked fruit and the perfect balance of spices. Having someone like Marcus leading your team is a real advantage and he’s an asset to any business” says David, who would clearly be happy to return to sample 2022’s (un)burnt offerings.